How does psychological wellness contribute to physical health?

Short answer: One compliments the other, it also very difficult to achieve physical health without a good psychological “Mind Set”

The best way to look at this, is with something like running.

While running there is coincident battle of wanting to give up, and what your physical body can really achieve. By having a great psychological mind set of “I can do this” you will achieve more hence contributing to you physical health.

Many, many studies have shown psychical exercise decreases mental illness.

People who have experienced mental illness can have compromised physical health for a number of reasons. They are less likely to receive appropriate health care compared with those without mental illness, and it is an indictment of our mental health care system that people who have been involved with mental health services have often had their physical health needs overlooked. Furthermore, behavioural factors such as smoking, harmful alcohol and other drug use, obesity, poor diet, inadequate living situations (such as homelessness), and poor self-care as a consequence of illness symptoms, can make people with mental illness vulnerable to physical health problems. 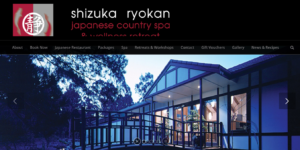 People with depression often have worse physical health, as well as worse self-perceived health, than those without depression.

Depression and other physical health conditions have separate but additive effects on well-being. For example, the combination of heart disease and depression can cause twice the reduction in social interaction than either condition alone.

Patients with both depression and physical health problems are at particular risk: The physical problem can complicate the assessment and treatment of depression by masking or mimicking its symptoms.

It can work the other way as well. People with any chronic physical disease tend to feel more psychological distress than do healthy people. Poor physical health brings an increased risk of depression, as do the social and relationship problems that are very common among chronically ill patients.

Patients are find help by visiting wellness retreats and health retreats across Australia.